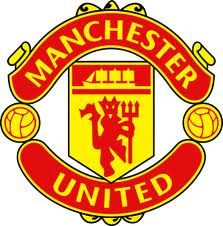 09:40 Here are the main team news points from Sir Alex's press conference: "We have the same squad as on Monday night, there are no changes. Rio is okay - he just felt a bit stiff. We know the situation with that - we addressed it right away and put Smalling on. He's fine. We expect Nani to train tomorrow but the game will come too soon for him. Lindegaard was training very well and maybe overdid it. We've given him a week off and he should be back before the end of the season."

10:27 The boss was full of praise for Blackburn boss Steve Kean at his press conference earlier and the job he has done at Ewood Park under immense pressure. "It just shows you how things can change when you dig in and don't let things get to you. Now, no-one talks about their fans and any protests. He's held his dignity very well and he deserves praise from everyone, including his own supporters. I'm sure a lot of them will be wishing they hadn't done that because he's certainly shown his mettle during those times when things were difficult for him." (GT)